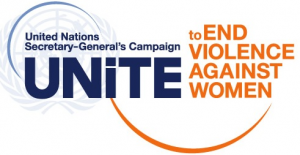 In his message on this day in 2015, United Nations Secretary-General Ban Ki-moon highlighted the contrasting, but equally insidious treatment of women in both times of war, and also times of peace.

Firstly, war sees the exploitation of girls and women, in which violence, trafficking, sexual assault and slavery are commonplace. This is not merely a by-product of war, but is more and more being used as a means of war. This exploitation in wartime has been seen across various conflicts, including Rwanda, Liberia, the Democratic Republic of the Congo and Bosnia.

While it may be argued that conditions during peacetime are better, women around the world still face extreme levels of violence and sexual assault and genital mutilation are common occurrences. In fact, violence against women is such an issue, that the World Bank states that globally, “women aged 15-44 are more at risk from rape and domestic violence than from cancer, car accidents, war and malaria”.

This global pandemic of violence against women is not an issue that Australia is immune to and this has been highlighted by the recent release of statistics on intimate partner violence in Australia. Recent findings that at least one woman is killed per week by her partner has prompted some to call the issue an epidemic. Furthermore, according to the United Nations, 1 in 3 women in Australia have experienced physical violence, which increases to 1 in 2 women when looking at women with disabilities.

Many of these facts are unknown by the general public, which emphasises the need for the United Nation’s International Day for the Elimination of Violence against Women. Not only is this day needed as a means of raising awareness of violence against girls and women, but also a means of ultimately ending this violence. This day is run in conjunction with the Secretary-General’s UNiTE  Campaign, which sets out various goals that take a holistic approach at stamping out violence against women. More about the Secretary-General’s UNiTE  Campaign can be found here.

As stated by Secretary-General Ban Ki-moon,

The pervasiveness of violence against women and girls means we can all take steps to address it. Let us join forces to end this crime, promote full gender equality and realise a world where women and girls enjoy the safety they deserve – for their sake and for all of humanity”.