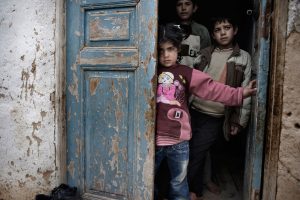 Late in 2016, the United Nations approved the implementation of an independent investigative panel to work toward the prosecution of those responsible for war crimes or crimes against humanity in Syria.

This legal mechanism, currently known as the ‘International, Impartial and Independent Mechanism to assist in the Investigation and Prosecution of those Responsible for the Most Serious Crimes under International Law committed in the Syrian Arab Republic since March 2011,’ and is assigned for the following two main functions:

The mechanism will be working in conjunction with the Independent International Commission of Inquiry on Syria (Syria CoI). Despite being complementary, the two panels will be clearly distinct as the Syria Col is focused more on making recommendations to Member States while the new mechanism will build on information collected by others, providing further analysis and preparation with the goal of prosecution of those responsible for the most serious crimes under international law.

The resolution that approved the mechanism was adopted by the General Assembly – the universal body comprising all 193 UN Members States – on 21 December by a vote of 105 in favour and 15 against, with 52 abstentions.

The functions of independent panels work with the similar goals of the International Criminal Court (ICC), with goals to assist victims seeking redress for serious human rights violations.

“The establishment of the International Criminal Court had signified a global commitment to protect victims, when national judicial mechanisms lacked the capacity, willingness or jurisdiction to prosecute those responsible for the most serious crimes,” wrote Special Adviser Adama Dieng in an opinion piece published in The East African.

Since the adoption of the Rome Statute in 1998, more than half of the world’s States have joined the Court, with a large portion (34) from Africa. This reflects the global commitment to ending impunity for some of the worst crimes, including those committed during war.

The effectiveness of independent international courts, tribunals and investigative panels has seen crimes such as genocide, slavery and wartime rape (historically silenced by war) brought to the forefront of international law, strengthening the rule of law in domestic courts.

It should be noted that the mechanisms in Syria are still in early stages, however they are powerful tools for the victims of Syria’s war. Currently, Syria has not ratified the Rome Statute or accepted the jurisdiction of the International Criminal Court, so the only way for crimes to be brought before the Court would be by referral from the United Nations Security Council.

At this stage, the new mechanism and Syria Col may be the more effective as independent panels focused entirely on Syria.