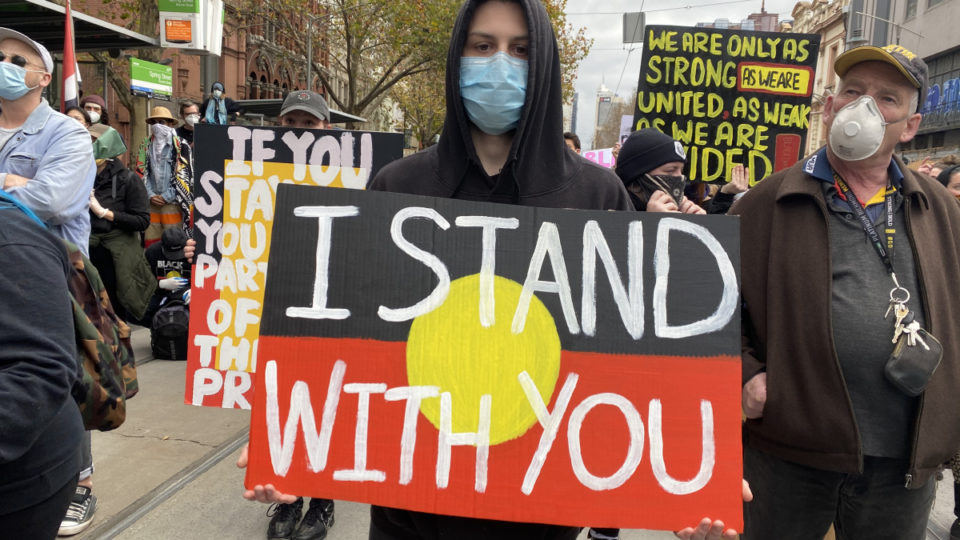 Produced by the UNAA Queensland Peace and Security Program

The Black Lives Matter movement has raised important questions about the prevalence and pervasiveness of racism in the criminal justice system. Its message found resonance around the world, with populations in countries including Canada, France, the United Kingdom, and Australia identifying with the same issues presented by the United States supporters of the BLM movement – they argue that criminal justice systems in their respective states display systemic bias in police response, with cascading effects on minority groups’ physical, social, political and psychological well-being. While the reasons for these systemic problems are complex and may vary based on cultural context, many Australians have found parallels between Australia’s criminal justice system and that of the U.S.

The BLM movement reached new heights in 2020, when between 15 million and 26 million Americans participated in street protests despite the public health concerns posed by the COVID-19 pandemic. The phrase “Black Lives Matter” traces its history in activism to 2013, when it was coined by Alicia Garza, Patrisse Cullors and Opal Tometi in response to the acquittal of George Zimmerman for the shooting death of Travyon Martin in Florida. It gradually grew in usage in the United States as a general reaction to the deaths of African Americans following their interactions with law enforcement .

In 2020 the movement rose to popular prominence as a response to the death of George Floyd, but it built upon other deaths by police action (Chughtai, 2020). That year BLM drew increased attention and support in response to the death of Breonna Taylor aged 26, who was unarmed and shot eight times by plainclothes officers. Similarly, they cite the 2019 case of Atatiana Jeferson aged 28, who was shot by an officer responding to a call that Jefferson’s front door had been left open. In 2018 Stephon Clark, aged 22, was standing in his grandmother’s backyard holding a mobile phone which officers mistook as a gun. Police subsequently shot Mr. Clark twenty times. Between 2013 and 2021, the BLM movement had also brought media attention around the deaths of Philando Castile (2016), Alton Sterling (2016), and Freddie Gray (2015).

Black Lives Matter has found similar examples in Australia, which contribute to a growing body of evidence of extensive police misconduct and prejudice.  The Guardian’s Deaths Inside database reveals that 437 Indigenous deaths in custody have occurred since 1991 (Allam et al., 2020). 338 of these Indigenous deaths in custody have occurred since the Royal Commission, which recommended that “imprisonment be used as a sanction of last resort” (Council for Aboriginal Reconciliation, 1998, Recommendation 92). BLM activists in Australia cite the 2020 case of Veronica Marie Nelson Walker, aged 37, who was arrested for shoplifting and remanded in maximum security where she was found dead three days later. Like in the United States, BLM in Australia draws upon past examples like that of Kumanjayi Walker aged 19, who died in 2019 after being shot three times by a police officer. In that case the officer was subsequently charged with murder and is pending criminal trial. They also cite the 2018 death of Noomba, aged 39, who died after officers used the lateral vascular neck restraint technique to subdue the man. 2017 saw the death of EJW, aged 35. The Gamilaraay man suffered a brain haemorrhage in prison and was then shackled to the bed in the last days of his life- despite being unconscious and unresponsive. In 2016 Wayne Fella Morrison, aged 29, died in hospital three days after being restrained by 14 guards.

Among the most egregious cases that Australian BLM supporters draw parallels from is the American death that sent millions to the streets in protest- that of George Floyd and the similarities his case portrays with that of Indigenous Australian, David Dungay Junior. In 2015 David Dungay Junior, aged 26, died after “a medical episode following restraint” in a New South Wales prison (Allam et al., 2020). His last words, “I can’t breathe”, were the same last words spoken by George Floyd in Minneapolis, Minnesota (Allam et al., 2020; Grant, 2020). The Black Lives Matter movement has sought to draw popular attention to the issue of deaths in custody around the world. While the causes contributing to deaths in custody remain heavily debated, over-representation of African Americans and Indigenous Australians in the criminal justice system remains prevalent and is often cited by BLM supporters as evidence for the underlying assumptions of the movement. 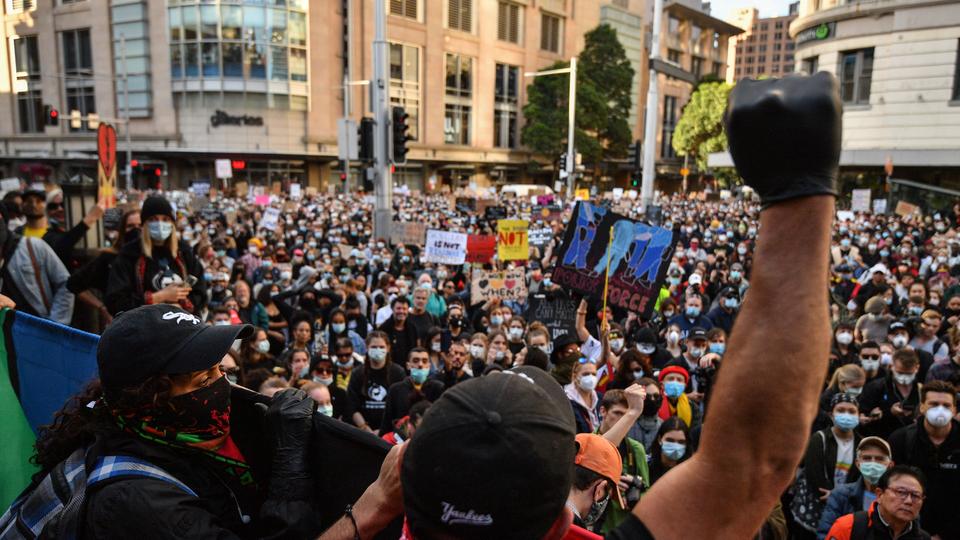 What does the United Nations say about Indigenous rights?

The United Nations affirms the rights of First Peoples and supports the Australian government’s efforts in maintaining these rights, including but not limited to;

Article 3: The right to self-determination.

Article 10: The right to traditional land.

Article 14: The right to history, language and oral traditions.

Article 28: The right to redress.

While the United Nations Association of Australia supports the rights of Indigenous peoples, we recognise that there is still more work to be done.

What can we do?

Interviews conducted by the UNAAQ Peace & Security Program revealed insightful perspectives from various First Nations and African American individuals. Sarah Nahar, a Rotary Peace Fellow from the Martin Luther King Jr Centre in Atlanta, Georgia, describes the BLM movement as a “powerful movement of change where everyone goes out there to be heard… We are asking for equality, not revenge”. When asked what the public could do to support the movement, Ms. Nahar said:

Aim far… work from a holistic and intersectional perspective; leave no one out… focus on deep changes that need to happen and listen…Little actions have the power to shift things that can often be unseen.

Ms. Nahar expressed her frustrations with the amount of African American deaths involving law enforcement. The significance of the George Floyd case and the number of deaths by police action prompted Ms. Nahar to help organise and lead a protest in New York last year.

Mr. Warraba Weatherall, an Indigenous artist from the Kamilaroi Nation of South-West Queensland and author of the Black Lives Matter article in the Meanjin Quarterly, shared a similar perspective. Mr. Weatherall describes the Black Lives Matter Movement as “an ongoing process that needs to keep going”, acknowledging that the movement has been a catalyst for change but recognising that these are just “the first steps in the right direction”.

We need an inclusive process with Aboriginal people at the core… [A process] that shows intersections of nationhood, cultural knowledges and protocols that are different and diverse… [and] our treaty conversations could be something that lead to that direction.

The cases of Veronica Marie Nelson Walker, Kumanjayi Walker, Noomba, EJW, Wayne Fella Morrison and David Dungay Jr. are only a sample of the 437 deaths in custody since 1991 (Allam et al., 2020; Grant, 2020). The Black Lives Matter movement has found a place in the Australian public discourse, asking important questions about the state of the Australian criminal justice system and providing a platform for minority groups to share their experience to a wider audience. The United Nations supports efforts to uphold the rights of Indigenous Australians and vulnerable people around the world. This dialogue, having found resonance in the Australian experience and with the Australian people, reinforces those efforts for current and future generations.

Gin Saffi Abad graduated from Griffith University with a Bachelor’s degree in Government and International Relations. Saffi has dedicated her time to supporting refugees and asylum seekers, women’s rights and climate justice projects with various NGO’s. Whilst completing her degree she has volunteered at the Refugee Association of Logan and the United Nations Association of Australia. Her experiences as a first-generation migrant to Australia have strongly influenced her passion for human rights and her aspirations to work within the social justice sector.