Australia and the UN

The remaining ten non-permanent members of the total membership of fifteen countries are chosen based on various regions of the world. Almost every United Nations member country is a member of a regional grouping. The United States and Kiribati are the two countries which are not members of any group. Australia, Canada, Israel, and New Zealand are all part of the Western European and Others Group.

The ten non-permanent members serve two-year terms and half are replaced each year in annual elections. Each region votes for its own representatives and the United Nations General Assembly approves the selections. 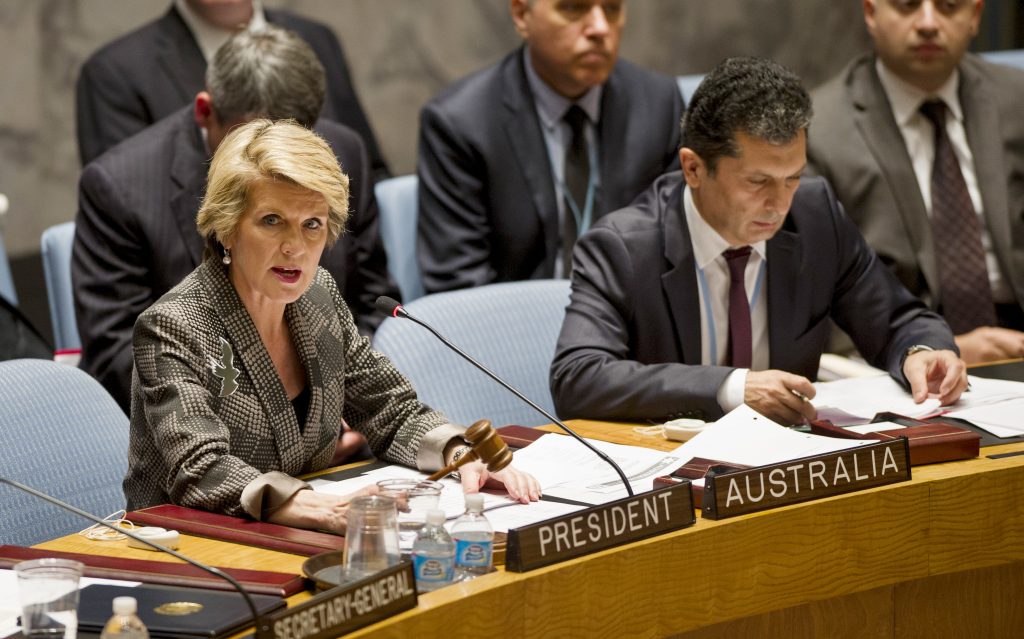 Julie Bishop (left), Minister for Foreign Affairs of Australia and President of the Council, chairs a meeting in September 2013.

From 1985-86, Australia pressed for reform of the working methods of the Security Council to better reflect the modern world and ensure accessibility to small and middle-sized countries. Since then, Australia has further developed its expertise in preventive diplomacy, peacekeeping, peacebuilding and disarmament and continues to advocate for greater transparency of, and accessibility to, its deliberation.