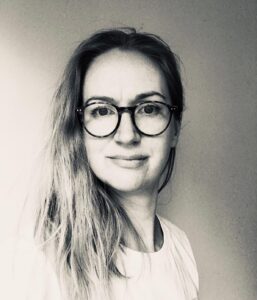 Ingrid Laslett works in the UN Department of Political and Peacebuilding Affairs, focusing on the Gulf states and League of Arab States. She has worked with the UN since 2012 and was previously with DPPA on the Syria team, where she led a successful project to bring about the participation of women in the Syrian peace process through the establishment of the Syrian Women’s Advisory Board. She was also a political advisor on the OPCW-UN Joint Investigative Mission which investigated the chemical weapons attacks in Syria. Prior to her work with the UN, Ingrid was Assistant Director, Middle East, in the International Policy Division at Australia’s Department of Defence. Ms. Laslett holds a Bachelor of Asian Studies (Arabic) and Masters in Middle Eastern and Central Asian Studies from the Australian National University, and a postgraduate Diploma in Global Business from the University of Oxford.

What sparked your interest in working for the United Nations?
As a child in Australia I didn’t get to see the everyday work of the United Nations, but when I was eight years old I was lucky enough to move to Tanzania for a couple of years with my family. The UN was very active there, and I dreamed of one day being able to make a difference to people’s lives. As I grew older, I became interested in the Middle East region, studied Arabic at university, and lived in Syria and Kuwait. I became interested specifically in conflict prevention and resolution, and after working for the Australian Department of Defence I got an opportunity to work for the United Nations in New York.

What is the most valuable thing you have learnt working for a multilateral organisation in the Middle East and North Africa region?
I have learned that so many people are working hard, often at great personal risk, the make the world a more sustainable, equitable and peaceful place. The Arab world faces many challenges, and it will take time to address them. But, within these challenges also lies opportunity. The UN Charter offers a blueprint for the way forward for many places. Peoples dreams of economic prosperity, respect for all human rights, and political inclusion can be balanced with safety and security of its populations. I may be overly optimistic, but it is the only way to be able to continue to this work.

What piece of advice would you give to people looking to enter into working for the United Nations?
The UN can appear overly bureaucratic and stuck in a post-war paradigm, but while not perfect it is the only truly international multilateral organisation with the mandate and capacity to bring about global change. It creates space for people to meet and talk. It is often an impartial voice in an increasingly divided world. And of course, it does so much that is taken for granted on climate change, education, children’s health and women’s rights. It is not easy but can be incredibly rewarding.

How has your experience working for the UN differed from your work in the public sector?
Working in the Australian Government was great preparation for the UN. However, the Australian Government is quite small and agile, and it is possible to coordinate across agencies relatively smoothly with a common language and cultural understanding. The UN is active across every time zone, has six official languages and 193 member states, it can seem unwieldy, but it is operating a step up from the national experience, things take time, but it is truly global.

How has the current uncertain environment across the world affected your work?
Personally, I have been working from home now for over six months. Diplomacy is not the most natural space for the work from home environment, and there’s certainly something missing from face-to-face interactions, especially for those working in political affairs and mediation. In the Arab world, COVID-19 is making place that are suffering from conflict and poverty even more vulnerable. Yemen, Syria and Iraq need the international community’s support more than ever. Globally, women’s rights have suffered a blow – as the Secretary-General has pointed out – from health to the economy, security to social protection, the impacts of COVID-19 are exacerbated for women and girls simply by virtue of their sex.

How do you see the role of the UN in the future, now in its 75th year and how do you see Australia’s role?
The pandemic has come at a time when multilateralism and collective security are already under threat. Identity politics and the rise of populism in the United States, Europe and elsewhere is putting longstanding international institutions at risk of defunding and withdrawal of key member states. Some people question traditional institutions such as the UN and the media. Similarly, some countries’ withdrawal from the Paris Climate Agreement and the UN Human Rights Council weaken international efforts to bring about a response to global climate change and reinforce democratic values. The maintenance of the rules-based global order is essential for future security and stability – a necessity for business success and human survival. A shared commitment by countries, including Australia to conduct their activities in accordance with international law and with an eye on global responsibility is essential. The increased interconnectivity of the planet means a lack of respect of these norms and institutions could have a butterfly effect on peace and security. At the same time, individual Australians can continue to support the UN’s work and help the UN’s humanitarian agencies who assist 250 million people at greatest risk. 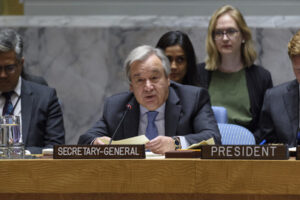