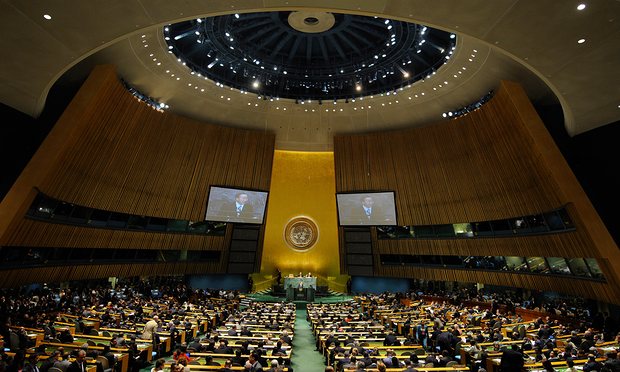 There are a few candidates in the running to replace Ban Ki-moon, whose tenure will finish at the end of the year. For the first time in history, member states will be able to question the applicants in what the UN describes as “a job interview in front of the whole world”.

As part of the informal dialogue taking place this week, candidates have a two-hour timeslot where they can address the audience. Representatives from member states can talk directly to the candidates before General Assembly President Mogens Lykketoft raises questions submitted by the general public on social media using the hashtag #UNSGcandidates.

Calling the process a “potential game-changing exercise,” Lykketoft said that the informal briefings were part of a “very transparent, very interesting discussion about the future of the United Nations.”

While informal public discussions may not seem like a new concept, for a 70 year old organisation that has only had eight male Secretaries-General, all of whom were chosen in a relatively closed process, this is indeed new ground.