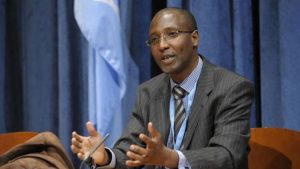 “If they do not speak out they lend legitimacy to them. It’s very easy for darkness to drive out the light. It’s very easy for the bad to demean the good. It’s much harder to clear out the political space once it’s infected by racists,”.  The United Nations’ special rapporteur on racism, Mutuma Ruteree, recently condemned Australian politicians on statements that are contributing to an increase in “xenophobic hate speech” and negative views about migrants.

Mr Ruteere also warned that political leaders who do not denounce such views are tacitly contributing to the normalisation of hard-right and racist opinions.

A recent news story questioned if Australians and their leaders have a racism problem, however earlier this year Australia scored top marks in a list which placed it in the top 10 most tolerant nations. So with two opposite ends of the spectrum, where do we really sit?

Australia’s history is a rich tapestry of migration, from the first English and Irish settlers through to Europeans in the 50’s and 60’s and in more recent times, Asian, Middle Eastern and African and the rich cultural mixes of our cities reflect that. The challenges that some of these groups faced regarding xenophobia and racism is well documented.

Mr Ruteere commented “the “danger” for Australia was the experience of other countries where “the fringe elements keep moving to the centre, to the mainstream [and] the fringe becomes the mainstream. That’s a threat not just for Australia but all open multicultural societies. This is something open democratic states need to be aware about and to take pre-emptive action against,”.