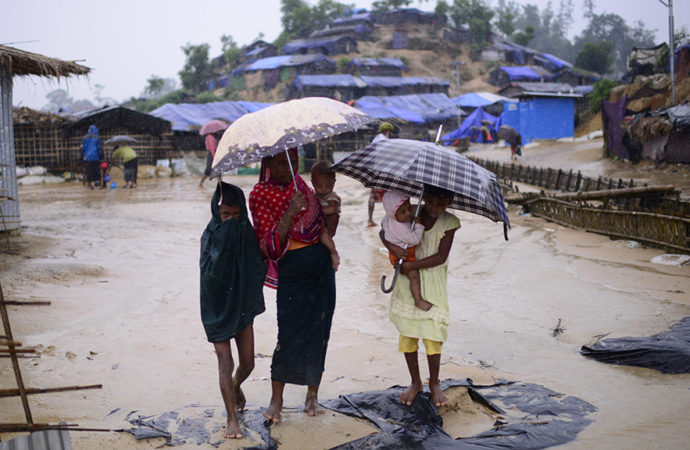 Pre-monsoon rains hit Bangladesh on April 19th, a possible foreshadowing of the severe risks that future downpours will have on Rohingya refugee camps.

According John McCue, Senior Operations Coordinator for the International Organization for Migration (IOM), these rains signal “the start of what is going to be an incredibly challenging period for the refugees and those working to support them, with the worst yet to come when cyclone and monsoon seasons hit in the coming weeks.”

The campsites are not only vulnerable to flooding landslides, but there is also the risk of increased cases of waterborne diseases, such as dysentery and cholera. Unfortunately, the costs of maintaining and supporting the refugee camps, which shelter over 700,000 refugees, greatly exceed the financial resources currently available. Out of the USD 182 million, the IOM has appealed for to support their operations, only seven percent of that amount has been secured.

With that said, with whatever limited resources they do have, IOM is working alongside other UN agencies, like the World Food Programme (WFP), and the Office of the UN High Commissioner for Refugees (UNHCR). They are providing aid and oversight of medical facilities set up in the area, the distribution of shelter kits, and even training to refugees in first aid, and strengthening and stabilizing their shelters in anticipation of the rainy season. They are also working with Bangladesh authorities to open roads, pathways, bridges, and drains to stabilize the land, and to keep these channels open to bring in supplies.

It is clear that in spite of the IOM’s and UN agencies’ efforts to protect and support the Rohingyas, the damage caused by these early storms highlight the ever-depleting supplies they have in hand, and the need for further funding to continue their operations