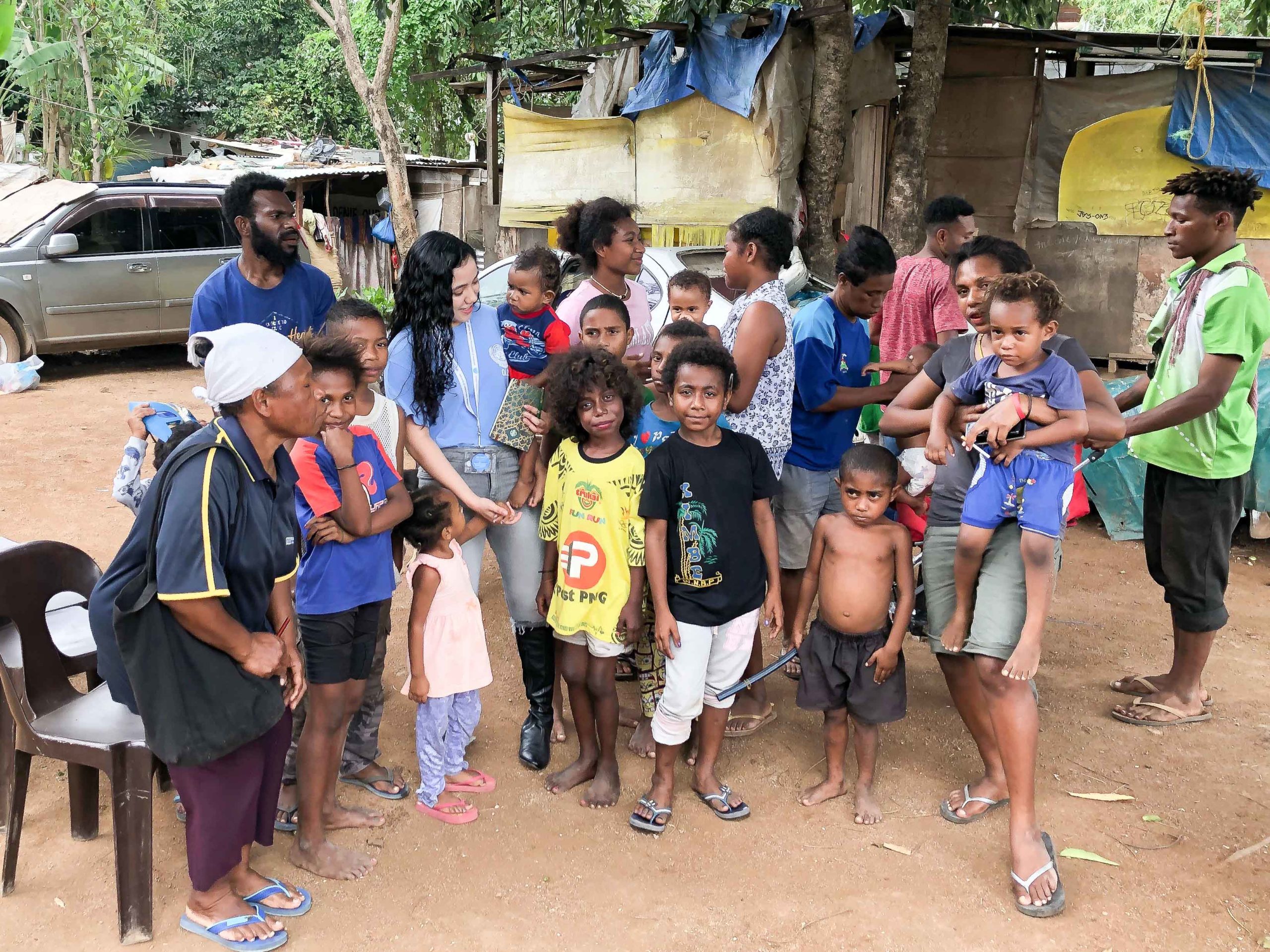 The West Papuan struggle for independence has taken the lives of over 500,000 indigenous West Papuans (Evans, 2019). Forty more casualties were added to this list as of October 2019. However, obtaining accurate information is challenging due to the government restrictions on international journalists access in the region and their intentional slowing down of the internet (Weedon, 2019). West Papuans claim that they have long endured racism, and the surge in outcry has cultivated widespread calls for independence from Indonesia. The United Nations currently cannot directly intervene without violating claimed Indonesian sovereignty and Australia, while a member of the Human Rights Council, refuses to move against one of its closes neighbours.

In October 2019, more than 6,000 Indonesian troops were deployed to provinces, in the cities of Manokwari (capital of West Papua), Jayapura, Fak-Fak, Sorong, and Jakarta, to quell the independence rallies and anti-racial discrimination demonstrations (Langeberg & Truu, 2019; Singh, 2019). The demonstrations were allegedly triggered by Indonesians insulting the Papuan students in the cities of Malang and Surabaya in East Java. Government buildings were burned in West Papua, including the Mano\kwari local parliament.

West Papua has a largely Melanesian Christian population. Papuans do not recognise the 1969 referendum or the ‘Act of Free Choice’ which endorsed West Papua as Indonesian territory because they claim that they were never consulted regarding the 1962 New York Agreement. The 1962 agreement transferred the territory from the Dutch to the United Nations (Singh, 2019).  They argue that only the 1,026 tribal leaders – handpicked by the Indonesian military as representatives – were allowed to vote when the region’s population at the time was about 800,000 (Singh, 2019). The representatives were forced to vote at gunpoint and the vote (with a show of hands) was unanimously in favour of West Papua being integrated into Indonesia. Benny Wenda, the leader of the United Liberation Movement for West Papua (ULWMP) strongly believes that the West Papuans are still due to be granted a legitimate act of self-determination according to international practice. However, Indonesia stated that its sovereignty in Papua is non-negotiable (Blades & Smith, 2019). 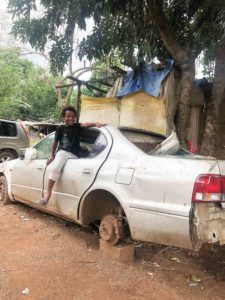 At the UN General Assembly meeting to ratify the Act of Free Choice, many African representatives were sceptical about supporting it without debate as they believed it undermined the principle of decolonisation (Kluge, 2020). The Non-Aligned Movement was initially designed to protect developing countries from their colonisers. The debate proceeded by highlighting the hypocrisy of the Non-Aligned Movement – a solidarity and commitment between leaders not to interfere in other nations’ affairs. The African leaders were convinced that West Papua had the right to be self-governed, but none of these leaders were willing to vote against Indonesia and break their alliance openly (Kluge, 2020).

In 2003, the province was bifurcated into West Papua and Papua; however, it is still often referred to as West Papua. Since the 1969 referendum, the West Papuans have suffered mass deaths, economic injustice, and racial discrimination. Papuans also oppose Indonesia’s policy of transmigration that has meant the most populous ethnic group in West Papua is Javanese (Ananta, et al., 2016), leaving the heterogeneous West Papuan groups feeling disenfranchised and discontent. The interests of Papuans have been ignored for the most part due to their historical, ethnical, religious and cultural differences from the rest of Indonesia. Papuans are demanding a new, and more representative referendum. The West Papuan struggle for independence has been underscored by the failure of some international support to materialise into real action. Their pursuit of independence is plagued by the internal weaknesses of independence movement organisations and the power asymmetry in favour of Indonesia.

Although there have been many changes to the international community since the 1960s particularly “the increase in membership of leaders from the Pacific and the recognition of rights for indigenous peoples, the UN’s preference of state sovereignty over justice and equality remains” (Kluge, 2020). The UN’s position is that West Papua lies within Indonesian sovereignty and as such all civil unrest is deemed an internal matter. Veronica Koman, an Indonesian human rights lawyer, currently resides in Australia while being pursued by the Indonesian police for disseminating evidence of military and police supported violence in West Papua (Langeberg & Truu, 2019). Koman urges Australia to push Indonesia “at a minimum” to grant international journalists access to the region, including the United Nation’s Human Rights office (Weedon, 2019). Indonesia has thus far threatened to pursue her via Interpol.

The Lombok Treaty of 2006 states that Indonesia and Australia are obliged to have “mutual respect for the sovereignty, territorial integrity, national unity and political independence and non-interference in the internal affairs of one another” (Australasian Legal Information Institute, 2006). However, as a member of the United Nations Human Rights Council, Australia should urge  an open investigation for the allegations of breaches of human rights in West Papua and address these issues accordingly. Australia is currently placing its economic ties with Indonesia above its obligations as a signatory to promote and protect human rights. West Papuan activists have been successful in gaining support from United Kingdom officials and Pacific leaders. However, they need to gain support from the rest of the world, including Australia, to turn the balance of power in their favour (Kluge, 2020).  Ultimately, Australia is faced with a choice- are we to be good neighbours to Indonesia or good global citizens? Currently, we are choosing the former, however, with tensions and civil unrest continuing to bubble, is there a line to be crossed that will prompt Australia to definitely choose the latter? Time will tell.

Australasian Legal Information Institute, 2006. AGREEMENT BETWEEN AUSTRALIA AND THE REPUBLIC OF INDONESIA ON THE FRAMEWORK FOR SECURITY COOPERATION. [Online]
Available at: http://www.austlii.edu.au/au/other/dfat/nia/2006/43.html
[Accessed 3 October 2019].

Kluge, E., 2020. How the world failed West Papua in its campaign for independence. [Online]
Available at: https://theconversation.com/how-the-world-failed-west-papua-in-its-campaign-for-independence-129623
[Accessed 3 March 2020].

Kluge, E., 2020. How the world failed West Papua in its campaign for independence. [Online]
Available at: https://www.thejakartapost.com/academia/2020/01/24/how-the-world-failed-west-papua-in-its-campaign-for-independence.html
[Accessed 3 March 2020].

Singh, B., 2019. Why is West Papua in Constant Turmoil? The Indonesian territory has struggled for independence for more than 50 years.. [Online]
Available at: https://thediplomat.com/2019/09/why-is-west-papua-in-constant-turmoil/
[Accessed 5 October 2019].