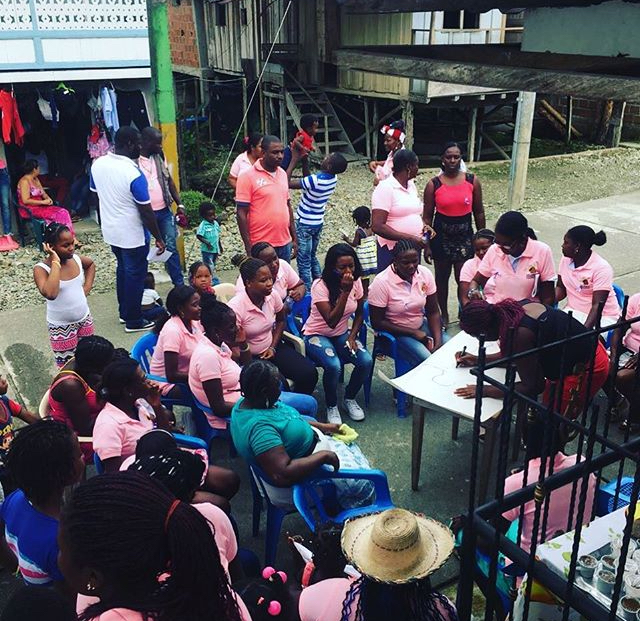 Over the past few decades, Colombian women and girls have been disproportionally affected by the ravages of war. This article describes Colombia’s main advances in the area of ​​women, peace and security after the signing of the peace agreement with the Revolutionary Armed Forces of Colombia – People´s Army (FARC-EP). As the 20th anniversary of the United Nations resolution recognizing the impact of war on women approaches, we should analyse how the armed conflict disproportionately affects Colombian women, the importance of their participation in peace negotiations and how to address violence against women to contribute and achieve lasting and stable peace in the Country. Colombia’s case may have significance for other regions plagued with conflict and subject to drawn-out peace negotiations- the role of women may well be essential for peace.

The UN SCR 1325 on women, peace and security was adopted in 2000. This resolution establishes a legal and political framework that recognizes the importance of women’s participation and the inclusion of a gender perspective in peace negotiations. It is the first resolution in which the disproportionate consequences of armed conflict on women and girls was recognized. Additionally, it points out the contributions of women and girls in the prevention of armed conflicts, peacekeeping, conflict resolution, peace building, and the importance of their full, equal and active participation to achieve peace.

Woman are disproportionately affected by violence during armed conflict.

In Colombia, according to the report of the National Information Network of the Victims Unit (RNI), the total number of victims of the armed conflict registered between 1985 and 2019 was 8,920,473 of which 48 percent were women. Within this proportion of women there were victims of a variety of crimes, mostly displacement, homicide, threats, and forced disappearance. Sexual violence ranked seventh among the most reported events (RNI Colombia, 2019). In accordance with other peace processes around the world, they are primarily targeted by the use of sexual violence, which is generally used as a spoil of war.

From my professional experience working with Mestizo, afro-descendant and indigenous women survivors of violence in Cauca (Colombia),  it is important to point out that being a woman and belonging to specific ethnic groups are both risk factors for future violence, specifically sexual violence and exploitation. Additionally, socioeconomic conditions and beliefs held by ethnic groups (afro or indigenous) create a level of vulnerability which is exploited by insurgents in their search for victims.

It can be explained by taking into account the lack of essential services in isolated areas, the obstacles that they faced in terms of education, family roles assumed after their family members died as a result of the hostilities or after the displacements, the lack of mental health support during and after the armed clashes, and the absence of delegates entities in remote areas where the communities are located.

Woman play a key role in the negotiation process.

In terms of peace and security for Colombians, 2016 marks the transition from 50 years of armed conflict to the initial stages of a lasting and stable peace process. It is the year in which members of the FARC-EP and the Government signed a peace agreement to end the armed hostilities. This agreement had the participation of women who managed to contribute to the preparation of the document that includes women and their role within it.

Previous research carried out by United Nations Development Fund for Women (UNIFEM) in 2010 reveals that since 1992 less than 80 percent of peace negotiators around the world were women (UNIFEM, 2010, p.1). In addition to the UNIFEM report, two decades after the resolution was promulgated, another report published by United Nations Entity for Gender Equality and the Empowerment of Women (UN Women) Colombia in 2017 highlights  the increase in the participation of women, indicating how the agreements were built with the complaints presented by sixty victims.  The majority of participants at the dialogue table were women and their contributions were pivotal for the final accord (UN Women, p. 29). This result was achieved with the hard work and efforts of women organizations, government entities, UN agencies and NGOs, which have being working together to strengthen the social and political participation of women into the Colombian peace process.  According to Moser (2007), the participation of women in leadership and in peace building initiatives is essential to prevent violence against women and girls and for the recovery process (p.4).

Lasting peace can be made more achievable if violence against women is systematically addressed by Colombian entities.

Corporacion Humanas is one of the Colombian organizations that monitors compliance of the Colombian government to UN SCR 1325 through the Women, Peace and Security Observatory.  Since the resolution was promulgated, four follow-up reports have been published. Each report includes 26 indicators for the monitoring and implementation of the UN resolution, divided into four components: prevention, participation, protection, relief and recovery. The first section on prevention frames the prevalence of sexual violence in Colombia and the measures to protect the rights of women and girls by the Colombian Government. The second explores women’s participation in both government and electoral positions. The third section refers to protection including: physical security, national and international laws, criminal cases related to violence against women, public workers participation in justice, security and foreign relations. Finally, the fourth section of the report indicates the relief and recovery which includes the maternal mortality rate and the educational coverage rate in primary and secondary schools.

Government and non-government entities in Colombia have being contributing to the prevention and eradication of women’s violence inside and outside the armed conflict, however, this is not enough. The country needs to strengthen national and international efforts to solve this problem that disproportionally affects Colombian girls and women.

As the UN Women report (2017) indicates, the future government plans for investment in woman’s empowerment must contain three basic elements:

It is clear that Colombia should not only legislate on women’s rights, but also that it is crucial that future government programs and projects at national and regional level should address the impacts of conflict on women and girls in differential ways, depending on their individual psychological, social and cultural circumstances. By doing this, Colombia could achieve stable and lasting peace, guaranteeing the economic, social, and cultural rights not only for women and girls, but for all Colombians. Furthermore, the case of women in Colombia, both as continued targets and influential peace brokers, has implications for other cases of prolonged conflict and negotiated peace. Colombia’s case at the very least suggests that the role of women in achieving peace cannot be underestimated. They may well be a vital piece of the puzzle.

María del Pilar Correa Cortes, psychologist  from Colombia with a Master’s degree in clinical, legal and forensic psychology from the Complutense University of Madrid. Over the past 17 years, she has been working as a psychologist in cases involving victims, who experienced all kind of violence inside and outside the armed conflict, especially women from mestizo, afro-descendant and indigenous communities in Colombia. In addition, she was a director of the Postgraduate programs in legal and forensic psychology in the Santo Tomas University in Colombia and currently a professor of undergraduate and postgraduate programs in psychology areas and human rights violations.