Here’s what we’ve been up to… 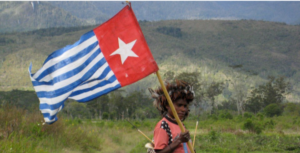 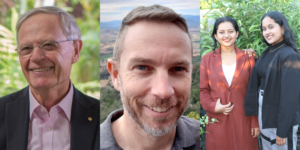 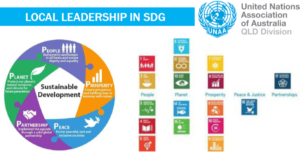 Congratulations to the following individuals (and organisations) who epitomize the themes of the SDG’s (people, planet, prosperity, peace) during their lifetime of contributions locally, but have never been recognised appropriately through government institutions.

Champions Louise Erbacher and Professor Susan Harris Rimmer provided some comments regarding their impression of the current state of peace and security, and how UNAAQ can contribute to resolving it:

“I think we have a long way to go but we are living in a time where there is much more involvement from people at the ground level to work together to fix the structures that are causing inequality and peace and violence.
The work that UNAAQ is doing around connecting with other agencies is keeping the agenda in the public profile…I think that’s the beauty of UNAAQ is that open invitation all the time to get people working together and to raise awareness of what’s really going on.”
Louise Erbacher, Champion of Peace

“…We had the amazing development that the UN security council and the general assembly called for a global ceasefire during the COVID pandemic, which is the first time in my memory that the UN has ever done that. Was that observed? No, it was not… But this idea that hostilities must cease when there’s other strong human rights issues happening, or health issues, is really important, because now … you get this multiplied effect of conflict on people’s lives, and that is the worst of all possible worlds. So I think that’s what I’ve thought about the state of peace and security at the moment is this intersection between climate change, pandemics, and traditional security.”
Professor Susan Harris Rimmer, Champion of Prosperity 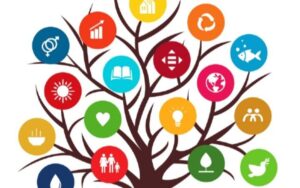 SECRETARY-GENERAL’S REMARKS AT THE MEETING OF THE PEACEBUILDING COMMISSION

The United Nations is focused on assisting and supporting the Afghan people at this very critical time.  During a high-level meeting in Geneva on 13 September, the international community pledged more than $1.2 billion in humanitarian and development aid to the Afghan people.
Click here to read more

Since the conflict erupted in March 2011, Syria has witnessed unprecedented devastation and displacement. More than 5 million Syrians have fled the country and 6 million are internally displaced. With more than 13 million people in need of assistance, the conflict has caused untold suffering for Syrian men, women and children.
Click here to read more

If you have something you would like us to share, we’d love to hear from you at unaaqpsprogram@gmail.com

To stay up to date with UNAAQ’s latest activities, become a member today!