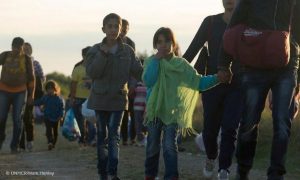 Close to 1.2 million refugees need resettling globally, but only 93,200 places in resettlement countries are expected to be available this year – 43 per cent fewer than in 2016, according to estimates.

“The fact is, global resettlement needs today far outweigh the places made available by governments by a factor of 13 to one, despite more countries taking part in the programme and an increase in private sector and community involvement,” said Filippo Grandi, the UN High Commissioner for Refugees Filippo Grandi.

At the opening of UNHCR’s annual resettlement consultations with governments and non-governmental organisations in Geneva, Mr Grandi urged governments around the world to step up and deliver places for refugees in line with commitments made in the New York Declaration, signed nine months ago by all 193 Member States of the United Nations.

“The Declaration was a milestone in global solidarity with refugees and the mainly developing countries which host almost 9 in 10 of them. But true sharing of responsibility requires places for refugees in third countries on a scale in line with the needs. We need urgent action to get there,” he underscored.

In the Declaration, and the annexed Comprehensive Refugee Response Framework (CRRF), governments committed – amongst other objectives – to work on increasing resettlement places and other legal pathways for admission of refugees on a scale that would match the annual resettlement needs identified by UNHCR.