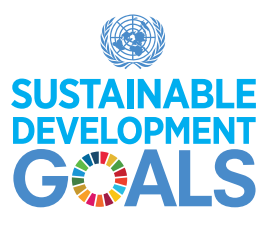 Australian Ambassador and Permanent Representative to the United Nations, Gillian Bird, has announced that Australia will deliver its first voluntary national review on the 2030 Agenda for Sustainable Development at the UN High-Level Political Forum on July 2018.

Heads of State and senior government Ministers from all UN member states use the High-Level Political Forum on Sustainable Development (HLPF), held in New York in July each year, to coordinate and review worldwide efforts in support of the 2030 Agenda. The HLPF is also a platform for countries to deliver Voluntary National Reviews (VNRs) of their progress towards the 2030 Agenda to achieve the UN’s Sustainable Development Goals (SDGs).

The Australian Department of Foreign Affairs and Trade (DFAT) and the Department of Prime Minister and Cabinet are leading a whole-of-government process in order to coordinate Australia’s implementation of the 2030 Agenda, including the drafting of its first VNR. This includes coordinating with State and Territory and Municipal Governments, and consulting with civil society, private sector partners and peak bodies.

According to the United Nations Global Compact Network Australia, there are several key elements that need to be fostered by the Australian government in order for implementation of the SDGs to be effective and successful:

Recent research found Australia is ranked 20th in the world on its performance towards meeting the SDGs. Goals relating to hunger, affordable and clean energy, climate change, life below water, life on land and partnering for the goals have been identified as areas requiring particular attention in Australia. In 2016, 22 countries submitted VNRs, and 43 VNRs were submitted in 2017 (which can be found here.)