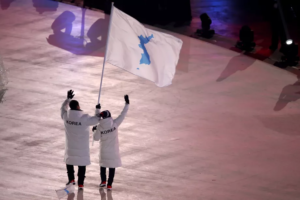 Last Thursday, the surprise announcement was made that Kim Jong-un is committed to denuclearising his country, and would like to meet with US President Donald Trump. President Trump has since agreed to the meeting, which is expected to take place within the next two months in a neutral location. However, Mr. Trump’s Press Secretary, Sarah Sanders, has told reporters that “we’re not going to have this meeting take place until we see concrete actions” in terms of denuclearisation.

Since January 2016, North Korea has significantly increased its weapons testing, including several nuclear and intercontinental missiles. All of these tests have been in breach of the United Nations resolutions, and consequently, North Korea has been heavily sanctioned. These tests have also lead to an increased tension on the Korean Peninsula, with the UN Secretary-General António Guterres last year voicing his concern that hostilities could easily be sparked and escalated due to mere misunderstandings or miscalculations between states. And while several requests for talks have been made by the South Korean government, all have been turned down or ignored by the North Koreans, until now. So what has happened for Kim Jong-un to unexpectedly agree to such a drastic move?

Late last year, South Korean officials put forward another invitation to meet with the North Korean leader to discuss the many issues on the Korean peninsula, with the greatest of all being denuclearisation, and one day a hope for the reunification of the two states. Surprisingly, when Mr. Kim released his New Year’s message to the North Korean people, he announced that he would meet with South Korean officials. This reciprocation developed into the North Koreans sending their athletes to South Korea to compete in the recent Winter Olympics within a unified Korean team, in which they competed together under one flag. Directly after the cessation of the Winter Games, an envoy of South Korea travelled to Pyongyang to meet with Mr. Kim. Consequently, the same South Korean envoy departed for Washington DC, informing President Trump that Kim Jong-un is prepared to meet with the US President and that he is committed to denuclearising North Korea.

There is cynicism towards this move by North Korea among some commentators, who note that North Korea has halted their missile programs in the past, only to recommence them as soon as they have felt as though they are not getting what they wanted out of the talks. Some have even voiced their concern that the US government could go into the talks and make numerous concessions for the North Korean government, only for the North Koreans to go on with their nuclear program once talks have ended. Regardless of such cynicism, President Trump appears to be going into talks with a much more positive outlook, stating “I think we will have tremendous success … they promised they wouldn’t be shooting off missiles in the meantime, and they’re looking to de-nuke. They’re gonna be great”.