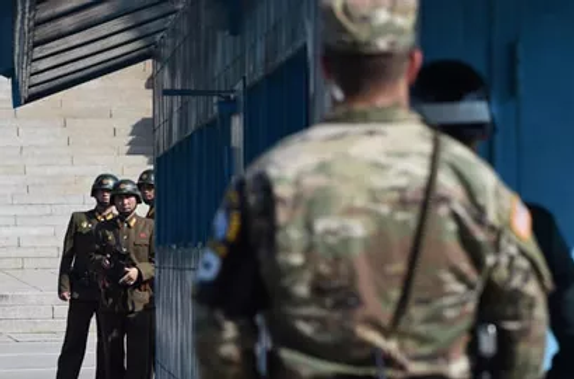 One of the most encouraging sights for those following current affairs in 2018 was the first North Korea – US summit held in Singapore. The event was presaged by symbolic gestures, including the invitation of South Korean president Moon Jae-in to join the North Korean leader across the dividing line of the DMZ. International spectators were watchful – some hopeful, some cynical. The cynics appeared to be right after the events of Vietnam meeting – in which the North Korean delegation left the negotiation table after a note slipped under the table presented a position the regime was not prepared to consider. In much public discussion of the summits one demand has made itself particularly clear: the desire for concrete, irreversible commitments to denuclearise the peninsula. This position is unfortunately untenable. In a Mexican standoff to drop a weapon unilaterally is to lose all bargaining power in an instant. It’s a position that North Korea will not accept without full accession to an equally improbable strategic goal – the full removal of United States forces from South Korea. The only path forward is one of incrementalism. Small, symbolic acts designed to prove the goodwill of the negotiating partner. The decision to shut the Dongchang-ri missile test site is one example of this. Joint appearances at the Pyeongchang winter Olympic Games are another. A unified Korean 2023 Women’s Football World Cup, while still a possibility, is unlikely. Further concrete measures by North Korea would be seen as needing a commiserate response: a partial or full reduction in sanctions. This means a reduction in US leverage, and as such is likely to be resisted by negotiators.  More achievable is to convert the Korean Armistice Agreement into a peace treaty. Should a third summit occur we should expect this will be on the table: a good-natured gesture to show each party that if they aren’t yet willing to drop their weapons, they would at least be willing to aim at the ground instead.