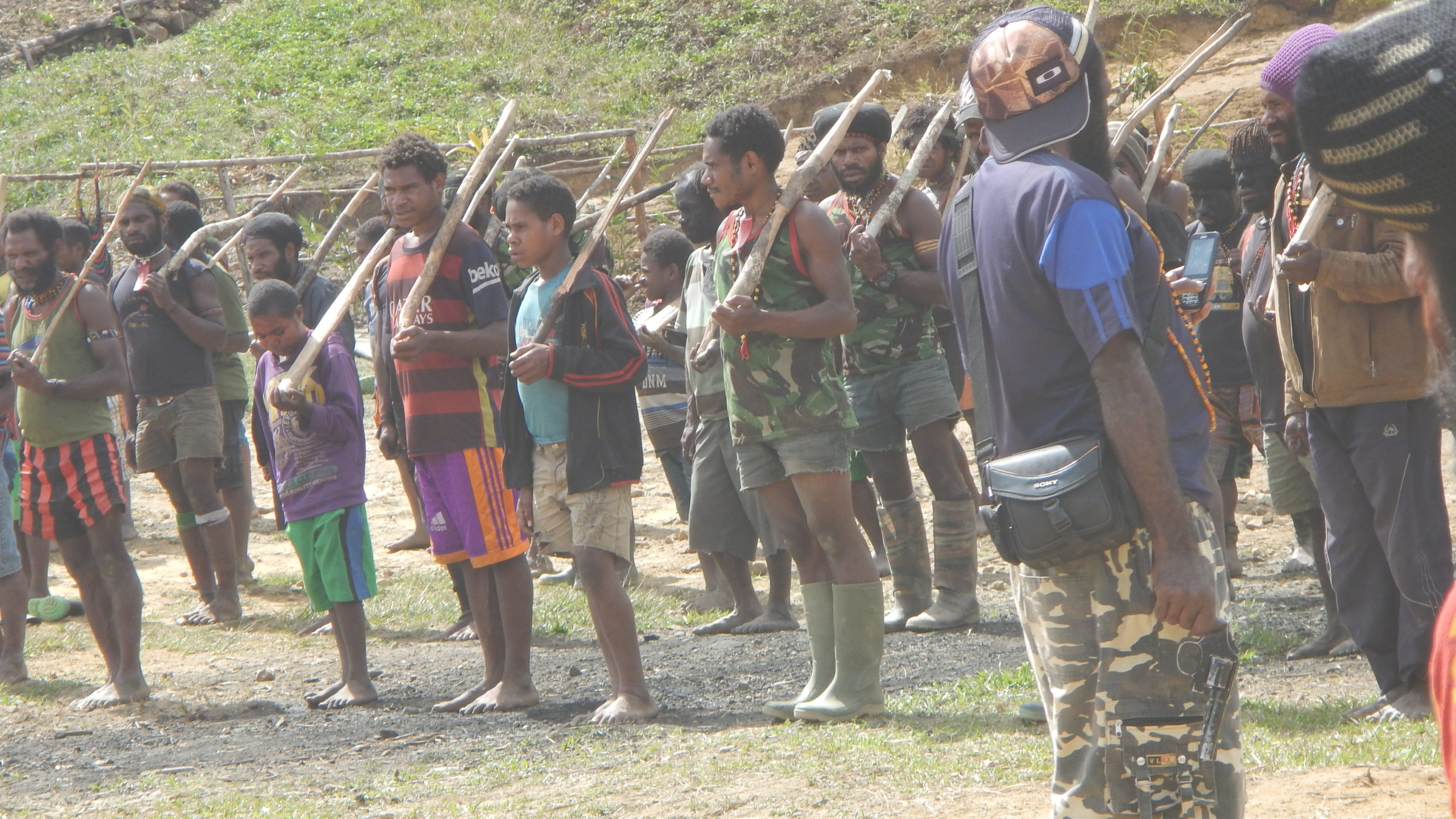 THE ROLE OF CHILDREN IN PROLONGING VIOLENT CONFLICT

The Covid-19 lockdown allows us to reflect on the unfortunate realities that are happening in the world. We tend to forget that armed conflicts, hunger, dictatorships, oppressed minorities, etc., kill more than the virus. Let us take the time to reflect on events such as the West Papuan conflict that occur in silence, away from the journalists and the cameras. Children’s involvement in prolonging violent conflict is one of the most challenging issues we face today. It can be morally challenging to come to terms with whether they should be considered as perpetrators or victims. However, considering the psychological and long-term impacts of this issue, it is crucial to recognise its potential in prolonging existing armed conflicts.

West Papua is no stranger to oppression and hardship. If the ongoing conflict was to fall upon a particular group of people, it is their youth. This can be seen across multiple facets of security across multiple institutions. Papuan children, for instance, continue to live through racial segregation and exposure to violent conflict. According to the Netherlands based NGO Foundation of Sustainable Society Papua Barat, the infant mortality rate among Papuans are at 18.4% relative to the non-indigenous population at 3.6% (Baan, 2018). This is due to the total clinics often proving dysfunctional for the lack of supplies and staff. Sources have claimed that the medicine supplied is often past the expiration date (Baan, 2018). In parallel, education is unattainable for most Papuan families due to schools existing predominantly in cities and economically unattainable. Lack of education is also accompanied by the scarcity of paid work for native youth which fetishizes joining the ranks of the underground independence movement (Baan, 2018). Furthermore, Papuan children are nearly six times less likely to survive into adulthood than non-Papuans living in Irian Jaya (Baan, 2018).

These institutional problems that the children in West Papua experience is compounded with their exposure to the ongoing armed conflict between the Indonesian government and the pro-independence groups. In 2019, it was confirmed that independence groups recruit child soldiers. According to Veronica Koman, a human rights lawyer, children being involved in the armed conflict “,is a sign that the West Papuan conflict is far more serious than the world acknowledges,” (Wright, 2019). The use of child soldiers is a symptom of more profound issues. This is because of the psychological impact of armed conflict on children living in conflict zones. The trauma of violence creates a permanent environment of resentment, which leads to a vicious cycle of conflict that then becomes a barrier for the next generation’s peacebuilding initiatives. While the use of children as soldiers is a war crime under international law, the Indonesian government’s security approach has resulted in the brutal treatment of West Papuans generation after generation.

There are currently three main legal texts that regulate the issue of child soldiers.

Emotional insecurity is more strongly associated with political violence (intergroup hostility) than community violence (interpersonal hostility). The consequences of ongoing political violence on children are high percentages of Post-Traumatic Stress Disorder, depression, and anxiety symptoms reflecting the enduring feelings of insecurity. Factors that contribute to these are firstly being around the main conflict area as it may give recurrent triggers of traumatic memories. Secondly, although not being directly exposed to the trauma, the dominance of recorded events through families and communities or through parental post-traumatic stress easily bring about the sense of insecurity (Song, 2016).  This insecurity then has spill over effects on community rebuilding programs being rejected since the traumatised group of children were found to display anger, resignation, and mistrust. This reiterates how violent conflict can be prolonged when children are involved. 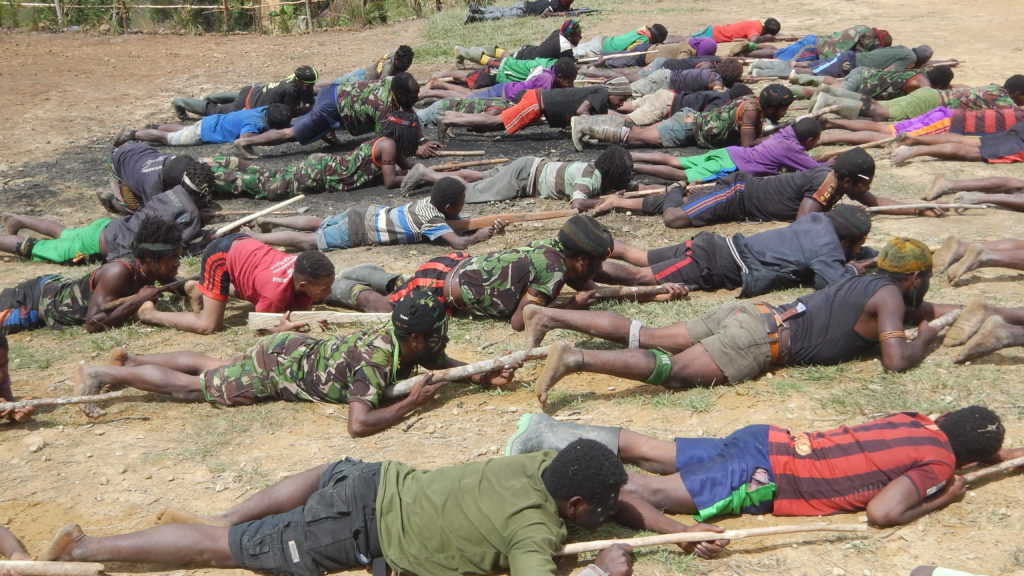 In an interview with Olaf Wayangkauw, who fought as a child soldier in West Papua, when asked how his family felt about him being a child soldier, he said that his mother was sad because he was relatively young when he first learned how to shoot a gun. He continued discussing that it did not seem to be a problem because it was reasonably common, and his other cousins were also fighting. He remembers the youngest member of their group as an 11-year old cousin. He considered fighting as his “calling” and so he left university and his family to go with his brothers to fight. Olaf is now a father and a grandfather, so I asked him how he would feel if his grandchildren fought at a very young age as he did. He responded with, “I will be proud,” elaborating that if he has taught them to fight for their rights, then he has raised them well.

The recruitment of child soldiers is not specific to a culture or country. Despite international regulations in place, in 2015 there were approximately 300,000-500,000 children and adolescents involved in armed conflict (Song & Jong, 2015). These figures exclude West Papua because it remains off-limits to international organisations and foreign journalists. A child soldier is:

Below 18 years of age who is, or has been, recruited or used by an armed force or armed group in any capacity,  including but not limited to children, boys and girls, used as fighters, cooks, porters, spies, or for sexual purposes (Paris Principles on the Involvement of Children in Armed Conflict, 2007)

This definition does not refer only to a child who is taking or has taken a direct part in hostilities. It includes both girls and boys that have also been used as guards, minesweepers, and human shields. This expanded definition is crucial for identifying the necessary peacebuilding services after the ceasefire.

The problem is further complicated as groups become less visible and more difficult to negotiate with. The majority of child soldiers are currently not found in national armies but instead in militias fighting guerrilla wars, paramilitary or military forces organised by movements (Vauravers, 2008). Child soldiers also include the children recruited and trained for military purposes but not used in war. While some are trained for combat, others are given supporting roles. In both scenarios, child soldiers do not have access to formal education. Due to the lack of education, their critical thinking skills are undeveloped, and the dangers of this are evident from the horrific acts these children are willing to perform (Theirworld, 2016). The Central African Republic has reported that some of the child soldiers killed their own parents as part of their initiation into the armed group. These violent acts of initiation reinforce brutality and break the existing bonds within their families and communities, which makes it difficult for them to return. Child soldiers are desensitised to violence and research has consistently correlated that child soldiers have an enhanced level of aggression. Compared with adults, juvenile exposure to violence causes a greater severity of trauma-related suffering and increased appetitive aggression highlighting the greater likelihood of reenlistments, voluntary recruitment, and more perpetrated violence (Hermenau, et al., 2013).

Children in societies where there are high levels of political insecurity and violence have active reasons to fight. Like adults, they too have emotions and seek social justice. In personal terms, they want to seek revenge for the deaths of their family members (UNICEF, 1996). It is sometimes for this reason that children want to become soldiers and offer themselves for service. Father John Djonga, a prominent Catholic priest in West Papua’s central highlands, acknowledges that the children’s trauma, “can be a cycle of revenge,” with “terrible” future consequences (Firdaus, 2019). Due to the lack of healing processes for the children exposed to violence, or directly impacted by having family members killed in the conflict, some voluntarily take up firearms to “take revenge” (Firdaus, 2019).

The impact of armed conflict on children plays a crucial role in prolonging the conflict. International pressure from public opinion and civil society organisation are strong and resolute. An effective way of addressing the issue is understanding its root causes. Although the use of child soldiers is declared as a war crime and international protocols are in place to protect children, its efficacy is limited to the host state’s recognition of the issue in the first place. This is further challenged by the lack of information due to the Indonesian government’s restrictions on media freedom and rights in West Papua. Australia should, therefore, urge its neighbour Indonesia to allow press freedom and consider these child soldiers as victims more than perpetrators. The institutional weaknesses and the cycle of violence that these children are exposed to, are enough reasons to regard them as victims. War is an unthinkable word to be associated with children, while most of us have the comfort of staying home to teach our children nursery rhymes, let us not forget the children that are instead taught to pick up weapons.

Paris Principles on the Involvement of Children in Armed Conflict, 2007. Child Recruitment and Use. [Online]
Available at: https://childrenandarmedconflict.un.org/six-grave-violations/child-soldiers/
[Accessed 21 April 2020].

Mariel is in her final year of her Bachelor of Government and International Relations degree at Griffith University. Her biological roots trace back to the Philippines but migrating to Papua New Guinea when she was eleven years old gave her a whole new perspective on life. While residing there, she has found a passion for social justice particularly in the effects of the power imbalance from entrenched corruption. Mariel was inspired by the resilient culture in PNG in the face of domestic violence, lack of health and educational institutions, and corruption itself.