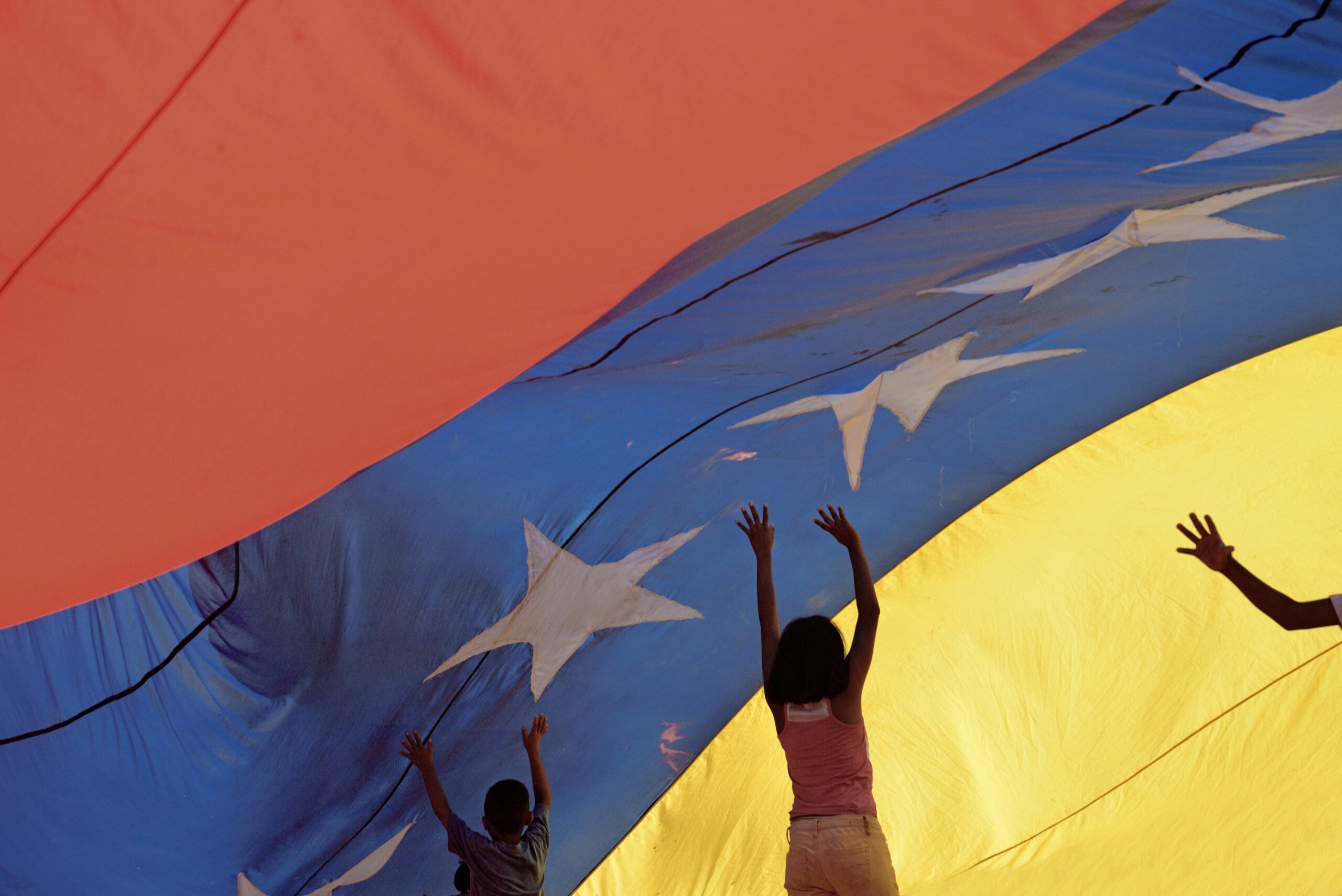 ‘Democracy is the worst form of government, except for all the others’, Winston Churchill said. Democracy in Venezuela has in recent years come under siege. In order to restore democracy in Venezuela, the international community has taken a variety of actions. The United States in particular, has been imposing a series of sanctions on the current authoritarian regime for the purpose of choking off revenue. Despite these sanctions, the Maduro regime continues to procure income resources via their non-Western trading partners. What is worse, sanctions have merely exacerbated the plight of citizens in Venezuela, decreasing the likelihood of mass protests and other civic movements, which can help the country restore democracy.

Nicolás Maduro, a successor of Chavez, was elected as the president in 2013. Now, he rules the country with an authoritarian approach, and a disrupted election in 2018 allowed him to remain in power. The United Nations Fact Finding Mission reported that the Maduro regime arrested opposition politicians and detained them. Moreover, crimes against humanity including arbitrary killings, the systematic use of torture, and gender-based assault have been reported in Venezuela (The United Nations Human Rights Council, 2020). Democracy and human rights continue to be under threat, prompting major international players including the US and the EU to impose sanctions on the Maduro regime. Since August 2017, the US has intensified its economic sanctions on Venezuela in response to human rights violations and the erosion of democracy. The US economic sanctions include the prohibition of the Venezuelan government from accessing US financial services, the closure of bank accounts of Venezuelans’ high ranked officials and the prevention of US companies dealing with Venezuela’s oil sector. These sanctions aim to weaken the economic capacity of the Maduro regime and allow democratic institutions to reassert themselves. While the Biden administration has emphasised “free and fair elections” in the hope of supporting democracy as opposed to regime change, the US sanctions imposed by the Trump administration continue unchanged (Schatzker, Laya and Vasquez, 2021).

Contrary to the objective of the US economic sanctions, the Maduro regime has already found a way to mitigate the economic punishment imposed by the US by an aligning with their rival power, China. The US economic sanctions were intended to choke Maduro’s main revenue source, oil exports, by prohibiting the US companies from trading with Venezuela’s state-run oil company, Petróleos de Venezuela, S.A. (PDVSA). While circumventing US sanctions has been difficult, Chinese companies have managed to access Venezuelan oil in many ways, one of which is via Malaysia. By transferring oil to Malaysia from Venezuela and disguising the origin of oil, Chinese companies have imported Venezuelan oil without being detected by the US (Kassai 2021). It is reported that PDVSA exported 500,000 barrels of oil per day to China, which is accounted for three-quarters of the total PDVSA oil export in February 2021 (Jraissati and von Laer 2021). Since the ruling period of Chavez, Beijing has had strong ties with the current socialist party in Caracas. Nowadays, China has been increasing its influence by investing billions of dollars in Latin America. The China Development Bank and Export-Import Bank of China provide more annual financial support to Venezuela than any other Western financial organisation such as the World Bank (Khanna 2019). If Venezuela makes a transition to democracy, the new regime, most likely one led by Juan Guaidó, may stay away from China and shift its dependency towards the US. Therefore, for China, keeping the Maduro regime alive guarantees a profitable market. The stricter the sanctions imposed by the US on the Maduro regime, the stronger the influence of China will become in Venezuela. Thus, the US economic sanctions will likely not achieve its objectives of establishing democracy and preserving human rights.

US economic sanctions have not weakened the Maduro regime, but the Venezuelan citizens. It is said that nearly 80% of the population live in extreme poverty. The high figure of poverty is attributed to hyperinflation caused by economic mismanagement and external economic sanctions (Camacho 2020). Consequently, over 5 million Venezuelans have fled to neighbouring countries such as Columbia and Brazil (UNHCR, 2020). A report by Weisbrot and Sachs indicates that the sanctions have contributed to not only destabilizing the economy, but also have made it harder for citizens to reach basic goods such as food and medical supplies due to the reduction in imports (Weisbrot & Sachs, 2019). As the sanctions have oppressed citizens and reduced the population, Maduro’s grip on power has only strengthened. Thus, sanctions have reduced the possibility of the occurrence of mass protests that might otherwise put pressure on the government and its policies.

Historically, the right to protest and free speech have been essential elements of democracy and have contributed to significantly political change. The Arab Spring that began in 2010 affected much of the Middle East and norther Africa and lead to the fall of governments in Tunisia, Egypt, Libya and Yemen. The mass protests in these countries and others associated with the Arab Spring have also been associated with social instability, mass violence and civil war. As such, they act as a cautionary tale to many governments, including Venezuela, about the power and danger of civil movements. They also act as a cautionary tale to powerful countries like the US who may desire regime change, with the success of democracy in the aftermath of the Arab Spring being limited and thwart with political and social instability. However, the failure of the Arab Spring is attributed to the absence of effective political institutions which may have been able to provide alternatives to the authoritarian regimes. Venezuela, in contrast, has established, internationally recognized and domestically supported democratic institutions and therefore is unlikely to follow the same path.

The National Assembly is the preeminent and credible democratic institution that the citizens can rely on. In 2019, a legislative election was held democratically for National Assembly. The elected speaker of the National Assembly and leader of the opposition, Juan Guaidó declared himself as interim president after a widely disputed presidential election in 2018, and a number of countries accepted him as a legitimate president. It should be noted however that the 2020 election in National Assembly has led to Maduro’s party taking back control of the National Assembly, and Guaidó is no longer accepted as a legitimate leader by the international community. The recent election only had 31% turnout; however the low rate of voting turnout has largely been attributed to the coronavirus pandemic (Reuters 2020). The outcome of the 2018 election held in pre-covid accurately reflects public opinion, which demanded the ousting of Maduro. Therefore, it is safe to say that Venezuela still has the foundations of a robust democratic system with institutions that represent the people of Venezuela. In other words, successful mass protests will be a key to instigating future change.

The US economic sanctions as a response to the Maduro’s authoritarian approach are not functioning in a way that the US wants. In reality, the Maduro regime is securing its revenue, particularly from oil, with the support of China. Moreover, the US sanctions are putting more pressure on the people of Venezuela, reducing their capacity to mobilize and protest en masse. In light of this, the current US government should reassess its use of sanctions. Furthermore, western powers should be cautious when considering the viability and efficacy of sanctions when it comes to achieving political goals. When all said and done, if we want lasting positive change, it has to come from the people themselves. All the international community can do is offer our support where we can.

Weisbrot, Mark and Jeffrey Sachs, 2019. Economic Sanctions as Collective Punishment: The Case of Venezuela. Center for Economic and Policy Research.

Ippei is a recent graduate with a Master of International Relations from the University of Queensland. Ippei moved to Australia after teaching high school English for four years in Japan, with a Bachelor of Linguistics and Education. Ippei’s areas of interests include humanitarian issues such as refugee protection and access to education in underdeveloped countries. Ippei’s strong passion lies in building a society where underprivileged populations have access to basic necessities.